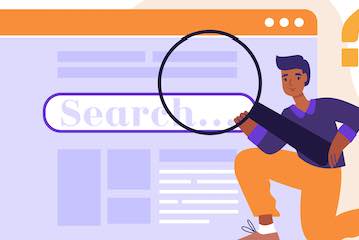 Search engines are an integral part of our everyday lives. Google, Yahoo, Bing, and others enable billions of consumers worldwide to locate the content they need quickly.

For more than a decade, Google has dominated the industry, consistently processing more than 80% of worldwide queries. According to StatCounter, Bing accounted for roughly 7% of the global desktop search market in September 2021, while Google had 86.64% and Yahoo had 2.75%.

As for U.S.-only searches, data by StatCounter shows that Microsoft sites processed 25% of all search queries in the United States in June 2021, while Verizon Media (previously, Yahoo and Oath) had 11.1%. Google accounted for 61.4%.

Voice search has experienced a major increase thanks to virtual assistants such as Siri and Google Assistant. According to GWI (formerly GlobalWebIndex), a research firm, nearly a quarter of all U.S. internet users aged 16 to 64 now use voice assistants weekly.

The use of voice search is especially popular in China and India, where more than 30% of internet users state they’ve used a voice assistant to find information in the last seven days. However, adoption remains lower in Western European countries, as well as in Japan and South Korea.