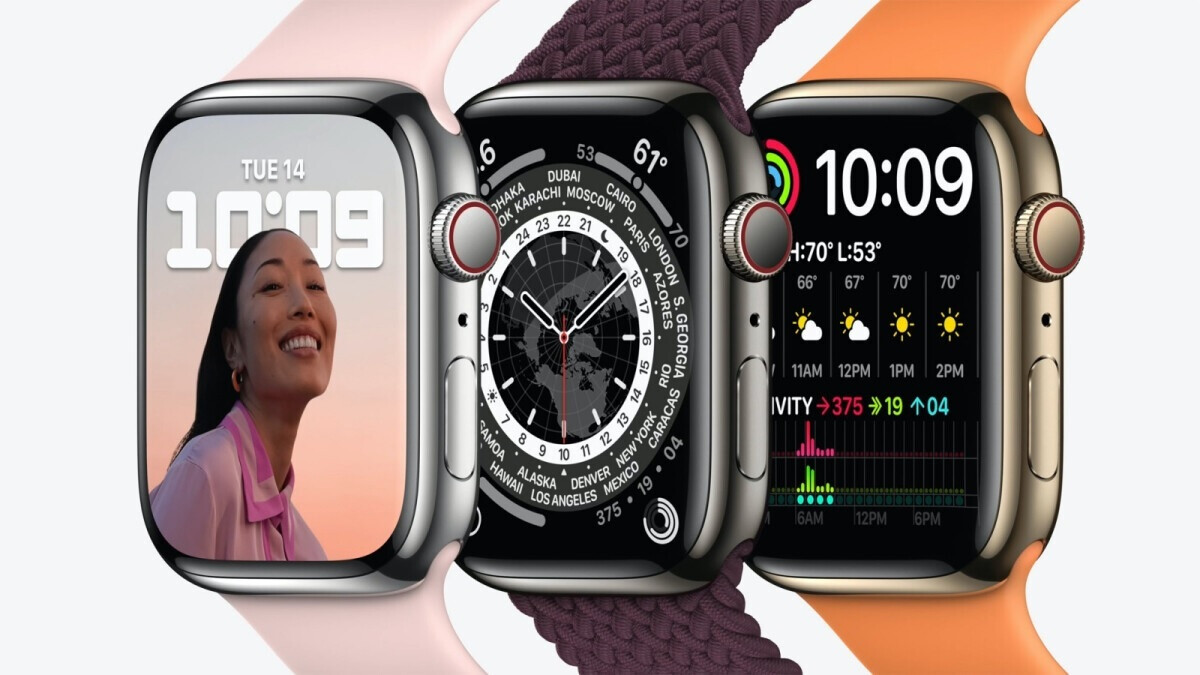 It’s one thing to hear that the Apple Watch Series 7 was able to help three people escape from situations that could have easily ended in their demise, and another to hear the actual calls between them and the 911 operators who dispatched the life-saving medical help. The drama is real and nothing less than the lives of three people was on the line. Apple has created a 60-second television ad that should make those hairs on the back of your neck stand straight up.

The video starts with the sound of a 911 operator asking “What’s your emergency?” Amanda replies that she’s been in a car accident and her car is flipped. Even worse, water is getting into the vehicle and she can’t get out. We then segue to the second incident in which a paddle boarder is being pushed out to the sea because of a strong wind.

The third and last deadly situation is about a farmer named Jim who fell into a 21-foot hole, broke his leg and could not get out (or even summon anyone to help him). What all three had in common was the Apple Watch Series 7 on their wrist.

Amanda, in the car that flipped, was asked if she could bust the window in order to escape being drowned by the rising water. The operator tells her to try to keep talking to her. She says that the water is getting higher and has reached her neck.

Jason, the paddle boarder being blown out to sea by the wind, says that he’s pretty far out in the ocean and that he can’t fight the wind anymore. Jim, the farmer, tells the 911 operator that he can’t get to his phone and that he is talking on his Apple Watch. He asks the dispatcher to have rescue hurry because he’s hurting really bad.

Soon, Jason, being pushed out to sea, sees the help dispatched by 911. Amanda, in the car filling with water, reports that the EMTs are opening her car door. As the screen goes dark, Apple writes, “With the help of their watch, Jason, Jim, and Amanda were rescued in minutes.” And Apple goes on to say on YouTube, “These are just three of many incredible stories where people were able to get help using Apple Watch.”

The Apple Watch has become the most popular timepiece in the world and outsells manufacturers like Rolex, Timex, Casio, Seiko, and others. Back in November, we passed along Series 8 renders reportedly made from a CAD file. Display industry leader Ross Young says that Apple might hike the size of the display for the Series 8 model even after it already had done so for the Series 7.

Despite excuses made by some tipsters that the flat-edged Apple Watch renders they posted for the Series 7 were wrong because those were really Series 8 images, the CAD files reveal that the rounded sides could be coming back with the Series 8.

The Apple Watch is known for its health features and while there were really none to speak about with the Series 7, the Series 8 is expected to include a body temperature scanner, a fertility sensor (“Better take that blue pill hon. My Apple Watch says I’m fertile”), and improvements to the ECG and the sleep tracking sensors.

And this could be the year that Apple includes the Holy Grail with the Apple Watch. That would be the non-invasive glucose test that gives insulin-dependent diabetics their blood-sugar readings to help them inject the proper dose of insulin. Currently, these diabetics have to test their blood sugar level by drawing their own blood and testing it using a painful and expensive process.
Share
Facebook
Twitter
Pinterest
WhatsApp
Previous articleCall Center Phone System: Features & Benefits
Next articleOffshore Wind Turbines (All you need to know)