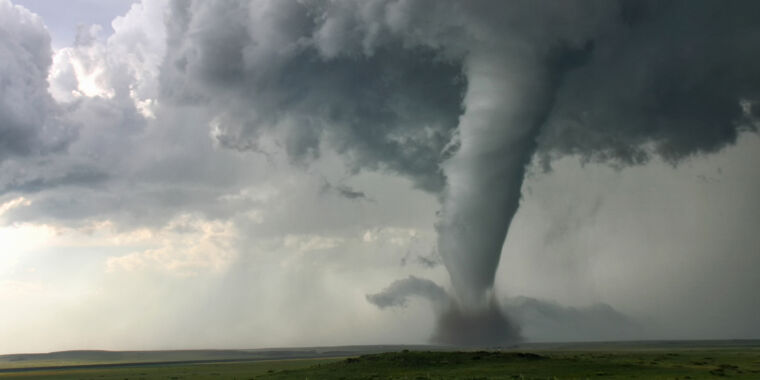 Recently, a network of climate modeling groups showed that it will cost more to overshoot the Paris Agreement temperature goals than it will to stay on a low-temperature trajectory. On the same day, that collaboration also published work showing that additional risks of overshooting come in part via ensuing increases in extreme weather.These studies are two of four published this year; together they provide the most comprehensive projections of the requirements and implications of the path we take to reach our end-of-century temperature targets.

The article focused on the economic aspects of meeting the Paris temperature targets—specifically how much mitigation actions will cost and the impact on the global GDP—wasn’t designed to project environmental impacts. In fact, most economic models don’t include this level of complexity and, as a result, they underestimate the overall costs. But this additional analysis projects not only how much extreme weather will increase, but also how that will effect crop yields around the world.

“The decarbonization scenarios reviewed by the Intergovernmental Panel on Climate Change (IPCC) in the last assessment reports do not account for the climate impacts’ feedback. The main reason is that [there are] many uncertainties surround the geophysical and economic impacts of climate change, making their integration difficult in the design of decarbonization pathways,” wrote first author Dr. Laurent Drouet in an email to Ars Technical. Drouet is a researcher at the RFF-CMCC European Institute of Economics and the Environment, in Milan, Italy.  “But, now, [our] research focuses on improving the representation of these impacts and producing results that are easier to integrate into mitigation models.”

The general conclusions are similar—surpassing the temperature targets will lead to more environmental damage and additional costs on top of those projected by more economy-focused models. This work also highlights the unequal burden of these consequences and which nations will be affected most.

Like the related work, this study is part of the largest effort so far to systematically model the costs and benefits of limiting warming outright. This is compared to allowing temperatures to surpass the Paris targets temporarily, and relying on massive removal of carbon dioxide in the second half of the century to compensate. In this current article, researchers specialized in modelling environmental effects took the lead, but the collaboration again projected future scenarios using nine assessment models, plus additional analyses to explore extreme weather effects in more detail.

There are a number of reasons why it might not be realistic or ethical to count on correcting the climate later this century after overshooting temperature targets. But the majority of models—and policy discussions—are based on going down that route. These two recent studies are part of a growing body of work showing the benefits of avoiding the need for correction in the first place.

In one of these analyses, basic economic growth was found to benefit from avoiding overshoot. But economics don’t capture everything; the authors note that one of the reasons for the dominance of “overshoot” scenarios is because these models often don’t incorporate the environmental benefits of minimizing extreme weather—such as its impacts on agriculture. With these included, the balance tips even further in the favor of minimizing warming immediately.

The researchers projected the maximum effects on heatwave duration and frequency, drought frequency, energy demands (for heating and cooling), and crop loss for maize, rice, soybean, and wheat. Across all of these, there were negative impacts associated with each 0.1°C of warming. Overshoot scenarios were slightly worse than those that kept temperatures low—but the biggest factor was keeping overall temperature rise as low as possible.

The authors also aggregated estimates from other recent studies to explore the relationships between temperature and GDP growth, and to narrow projections down to a regional level (as opposed to global). From this analysis, they found that increases in heatwaves had the most severe impact, and that these disproportionately affected Brazil and West and Southern Africa.

“The ultimate objective is to bring together the findings from the IPCC’s two working groups (WG2-Impacts and WG3- Mitigation),” added Drouet. “Our research initiates this move; and we show that if we account for the impacts of temperature overshoot, the design of the mitigation pathways would instead favor net-zero emission pathways.”

The authors also note that this study aims to capture only some of the potential environmental effects and, as a result, they think their projections probably still underestimate the economic impact. Exploring the full trade-offs with any single model may not ever be possible, but by combining so many of these models with additional climate and damage analyses, this work combines some of the best tools available to scientists at this time.