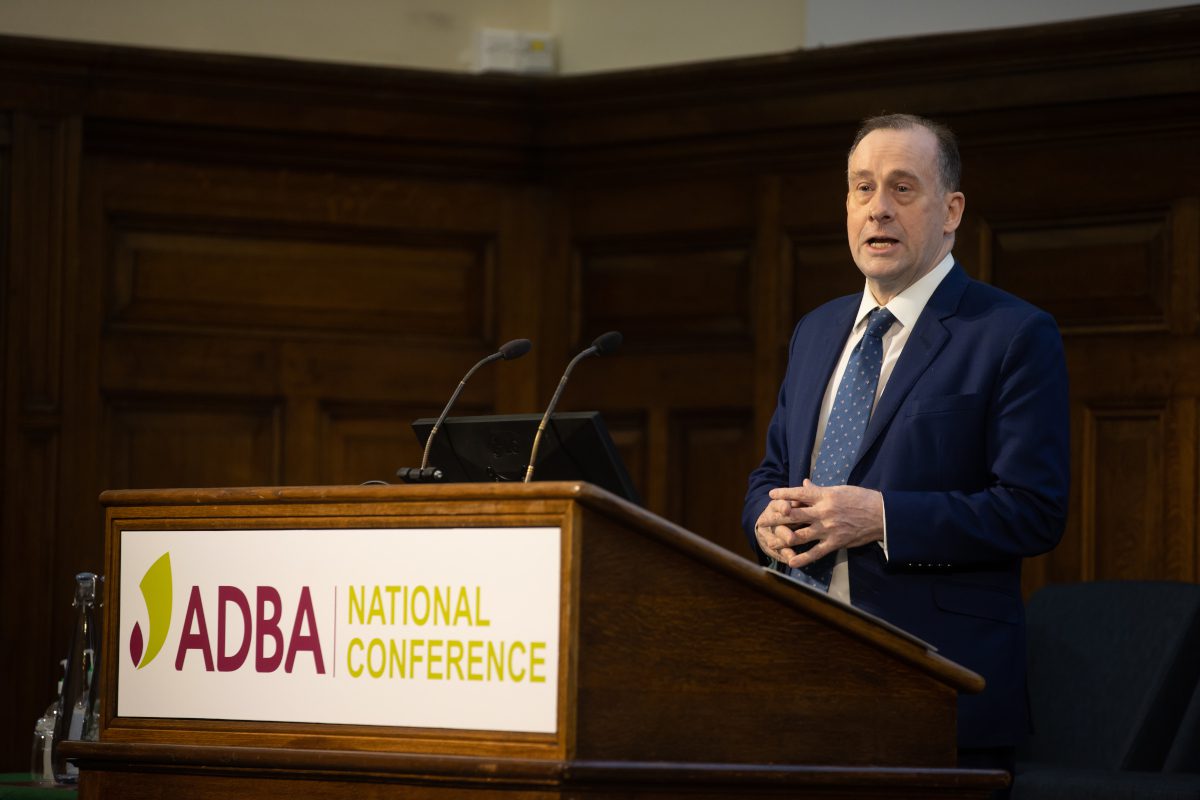 Lord Callanan opened the 2021 Anaerobic Digestion and Bioresources Association (ADBA) National Conference on 14 December 2021 with what seemed a clear message about the value of biomethane in helping the UK to meet its Net Zero targets and fulfil its ambition to level up the country’s economy.

In his keynote speech, the Parliamentary Under Secretary of State at the Department for Business, Energy and Industrial Strategy said:

“In the Government’s Biomass strategy published in November, biomethane is recognised as playing an important role in helping decarbonise the gas grid. This follows the Climate Change Committee’s recognition of biomethane as valuable in all decarbonisation pathways, whatever its end use.

“The anaerobic digestion (AD) industry not only has a very meaningful role to play in achieving Net Zero targets, but also in delivering broader social and economic benefits across the country. The AD sector not only generates and supports a great number of high-quality jobs, but we are of course very keen to facilitate further job growth as part of the levelling up agenda.

“Closing regional disparities and delivering better economic and social opportunities to all parts of the country sits at the heart of the Levelling Up agenda. The AD industry’s contribution to the development and diversification of the rural economy – with 80% of all GB plants located in areas with lower-than-average Gross Value Added – deserves praise and recognition in this regard.”

Lord Callanan also highlighted the longer-term potential of biomethane as a technology compatible with the hydrogen economy, in which the biomethane could be used as a feedstock: “The GGSS will close to new applicants in 2025 and that aligns with the planned mid-2020s timescale for strategic decisions regarding the role of hydrogen in the decarbonisation pathways.”

He also pointed out to the current interest in Carbon Capture and Usage associated with biomethane and called upon the industry to engage with Government “to better understand the opportunities this presents for the UK”.

Commenting on the speech, Charlotte Morton, ADBA Chief Executive, said: “We are encouraged by the Government’s commitment to support biomethane production both in the short and long term, and the recognition of our industry’s value across a range of environmental and economic challenges: decarbonisation, job creation, technological innovation and the development of a low carbon circular economy. We will continue to urge Government to align policy across all departments concerned and help put in place the market mechanisms that will enable the sector to become financially self-sufficient. We are grateful for Lord Callanan’s engagement with our industry and look forward to working with his team and colleagues in Government to establish the policy framework needed for AD and biomethane to deliver on their Net Zero and employment potential.”

Our 2022 Cyber Monday Offers are Reside — And Greater Than Ever

Cybersecurity Suggestions for SMBs To Keep away from Phishing Scams