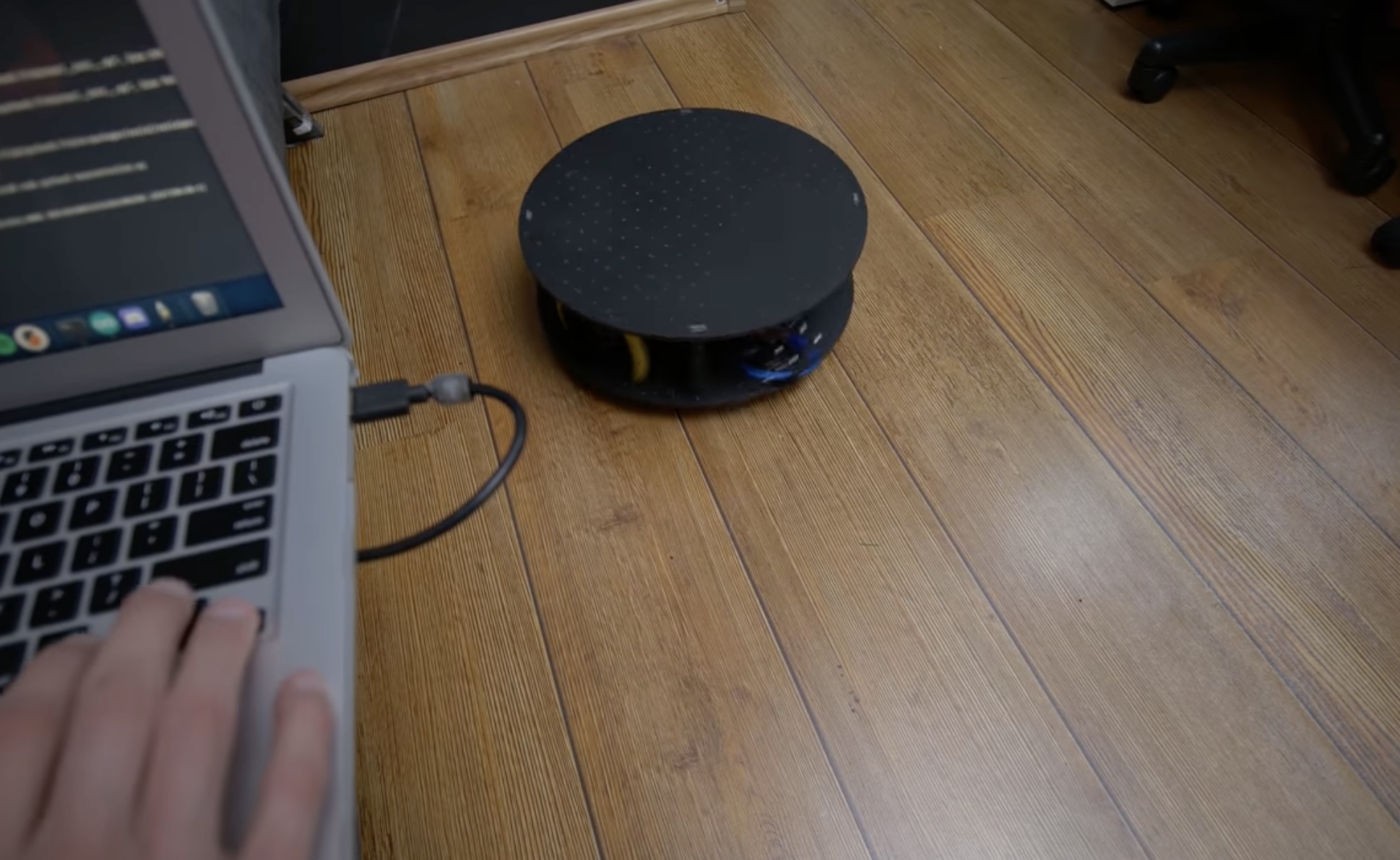 After attempting to incorporate a few AK80-9 actuators from T-Motor into a robotic arm project, YouTuber Nikodem Bartnik was forced to pivot to a different kind of project: a universal robotic chassis/platform. By using these high-power and high-precision motors, his robot could be both fast and accurate while moving along the floor.

Once a flat plate had been cut from a piece of plywood with the help of a CNC router, Bartnik mounted the two motors and attached a wheel to each one. To control the motors, he went with a single Arduino Uno and fabricated a custom PCB that routes CAN bus signals between the Uno and the two motors. Power was provided to everything via a pair of LiPo battery packs for a total of around 24 volts.

Currently, the robot is essentially an RC car that responds to commands that it receives from somewhere else. In Bartnik’s project, he used an additional Uno connected to a laptop over USB and an nRF24 radio transceiver module to wirelessly send data to the robot’s nRF24 module. He also made a Python script, which can be used to set the speed of the robot’s movements and takes arrow key presses that are then converted to directional movements.

You can watch Bartnik’s video below for more information or you can check out the his repo here for the project code and design files.

You can follow any responses to this entry through the RSS 2.0 feed.
You can leave a response, or trackback from your own site.