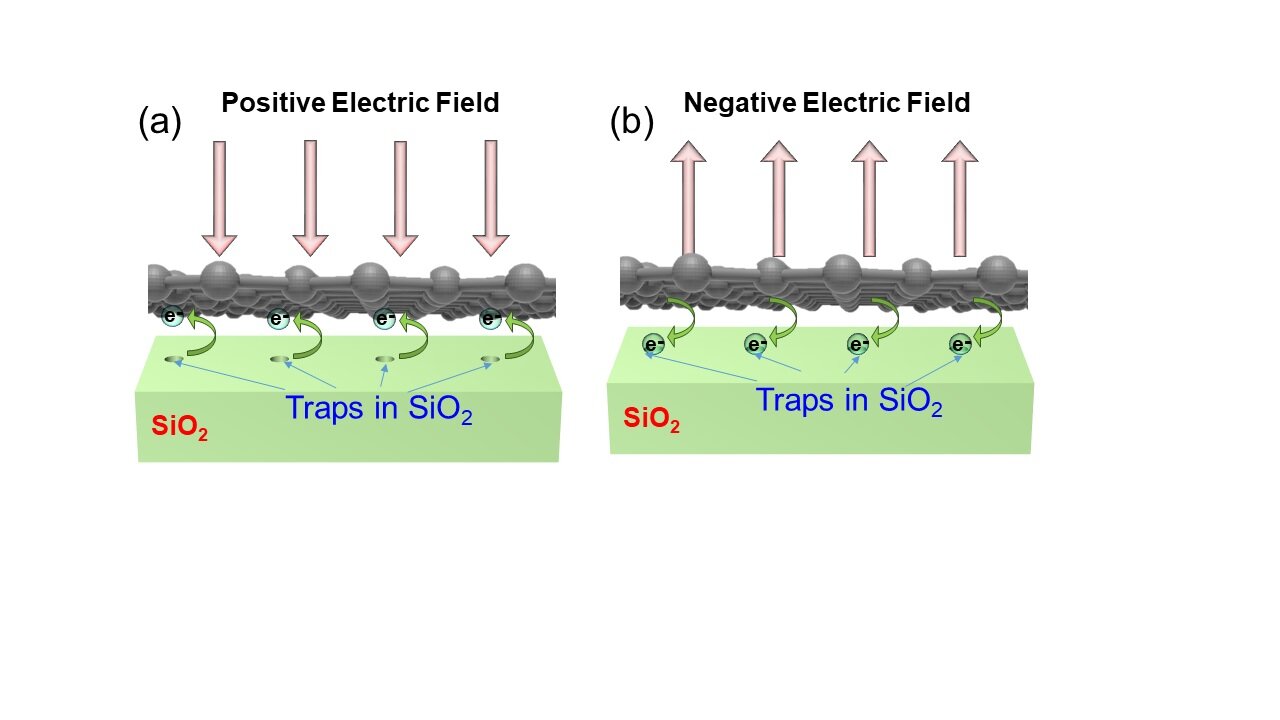 The ability to sense the magnitude and polarity of an electric field is of great scientific interest. Applications include early prediction of lightning and detection of supersonic aircraft. Presently, field mills are widely used electric field sensors. While they can detect electric fields of either polarity and field of magnitude as low as 1 V/m, the large size (>1m) hinders their wide use for real-life applications. Also, the motor inside the field mill, which enables the detection of the electric field, is prone to failure. Some efforts have been made to miniaturize the electric field sensor by introducing MEMS-based sensors. While they are small and do not involve any moving parts, the complex fabrication process makes these sensors less cost-effective.

Researchers at Japan Advanced Institute of Science and Technology (JAIST) and Otowa Electric Co., Ltd., a leading lightning protection equipment manufacturer, began looking for a better alternative. Their investigation led to graphene, a two-dimensional material of one atom thickness. “It is well known that the carrier density in graphene is highly sensitive to external perturbations. Such change in carrier density is reflected in the drain current. Although there was some attempt and proposal to use graphene as an electric field sensor, none of the previous works established the underlying mechanism of electric field sensing in graphene. We realized that it is vital to establish the mechanism first to make any improvement in the sensor, which became our primary goal,” says Senior Lecturer Manoharan Muruganathan.

Provided by
Japan Advanced Institute of Science and Technology

This document is subject to copyright. Apart from any fair dealing for the purpose of private study or research, no
part may be reproduced without the written permission. The content is provided for information purposes only.