T-Mobile: 5G is winning the war against Wi-Fi 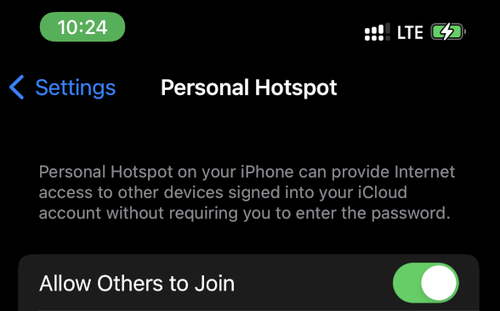 According to T-Mobile, the speeds supported by its new 5G network in midband spectrum are pushing its customers off Wi-Fi networks.


That’s noteworthy considering 5G proponents have long argued that such networks will carry more and more of the world’s overall data traffic when compared with wired and Wi-Fi networks. After all, 5G promises not only speedy connections but far more network capacity. And as smartphones are indispensible to most Americans, some in the 5G industry are hoping that the technology leads to much more traffic over cellular networks and  ultimately  bigger profits.


“Wi-Fi historically has given us the speed and capacity we need to stay connected on the go,” T-Mobile wrote in a recent post to the company’s website. “But today, super-fast 5G networks are enabling us to forget about Wi-Fi.”

T-Mobile reported growth in the usage of its hotspot service.
(Source: Light Reading)


T-Mobile offered a few vague data points to support its argument. The company said that 13% fewer of the customers on its most expensive Magenta Max 5G data plan are connecting to Wi-Fi. And in terms of their hotspot usage  whereby customers can tether other gadgets like laptops and tablets to their 5G connection via a Wi-Fi link  T-Mobile said 80% more Magenta Max customers are hosting a Wi-Fi hotspot over their 5G connection, and that their hotspot usage is up 20% on average during the weekends. Finally, T-Mobile said that its Magenta Max customers are consuming three times more hotspot data per month compared with other T-Mobile customers. However, T-Mobile did not provide any more clarifying details, such as the timeframe for the increases. The company also noted that Magenta Max customers’ high-speed hotspot data is limited to 40 GB per month.


(It’s also worth pointing out that T-Mobile recently reported that some of its Magenta Max customers are chewing through 35 GB of smartphone data per month  far above industry norms.)


Thus, T-Mobile’s newest post clearly indicates the company is hoping to sell its speedy 5G network as an alternative to Wi-Fi in locations like airports and coffee shops. “5G networks use advanced encryption technology making them significantly more secure than unencrypted public Wi-Fi,” the company explained. “Stop searching for Wi-Fi and asking for passwords! Instead just use your smartphone as a high-speed hotspot for yourself and others.”


T-Mobile hopes to speed up that broad trend by selling 5G-powered home Internet connections. In locations where its smartphone traffic is low and its network capacity sits fallow, the company is selling in-home modems that directly compete with cable, DSL and other fixed Internet providers. Already T-Mobile counts more than 500,000 of these fixed wireless Internet customers, and expects that number to grow to up to 8 million within the next few years.


However, the Wi-Fi industry is not sitting still. Wi-Fi proponents recently introduced a new set of specifications  Wi-Fi 6  that support more features and functions. And the FCC recently allocated a large amount of spectrum to unlicensed operations like Wi-Fi in a move that will provide such networks with more capacity.

How can I hold this stacked CSS animation synchronized on iOS?

The place to Purchase a Customized Shopify Retailer? (Get It Premade)