The best (and worst) video game remasters of 2021 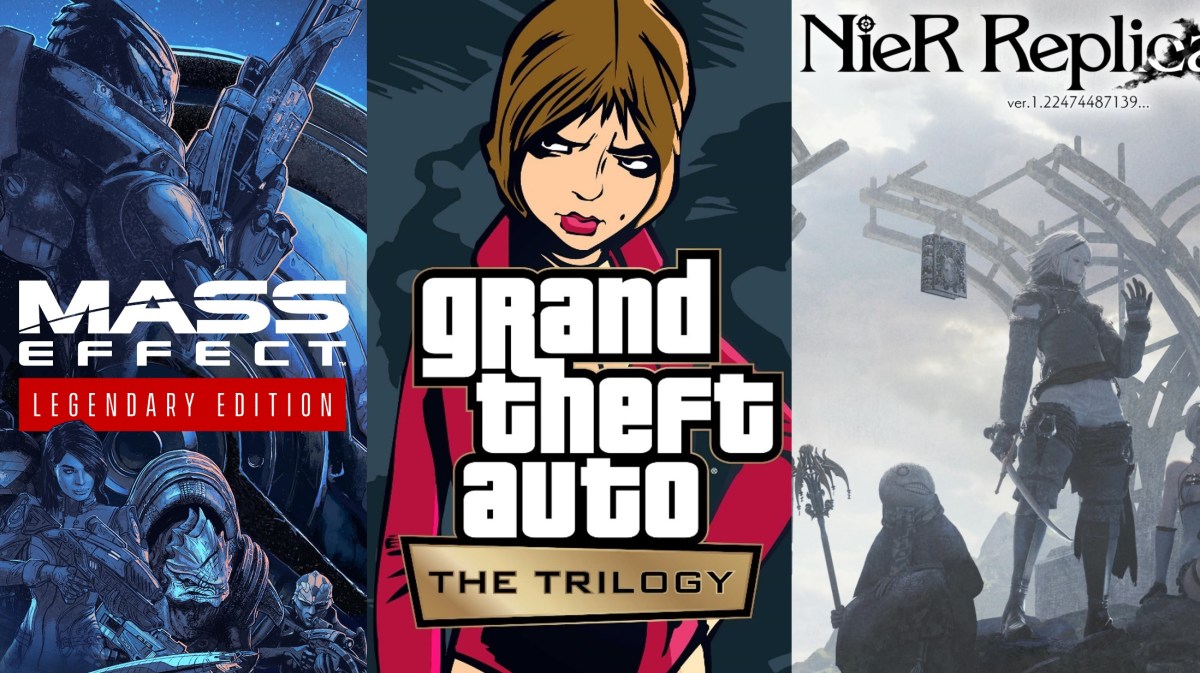 Join gaming leaders, alongside GamesBeat and Facebook Gaming, for their 2nd Annual GamesBeat & Facebook Gaming Summit | GamesBeat: Into the Metaverse 2 this upcoming January 25-27, 2022. Learn more about the event.

Many, many game developers chose 2021 to release their remakes and remasters. A large portion of the games that came out this year were getting their second bite at the apple. Some succeeded in recapturing the same spirit and love as the original releases. A few of the best games released this year fell into that category. We’ll talk about the three I think are the best — and then the one that was, hands down, the worst.

The Mass Effect series is in a weird place. Andromeda was not well-received, to put it lightly. We know Mass Effect 4 is in the works, but we don’t know when we’ll get more details. So fans hold the original trilogy in pretty high regard. Bioware announced in 2020 that it was remastering the original games with the Legendary Edition. Given that the Mass Effect trilogy didn’t come out that long ago (two console generations), Bioware didn’t have to do much besides give this beloved series a fresh coat of paint, and it did. The Legendary Edition retains everything fans loved about the original.

That’s not to say the remaster is perfect. Bioware failed to fix some problems with the original games, and some of the old animations look extra wooden compared with the lovely graphics. They also left out the Pinnacle Station DLC from the first game. That said, for the most part the Legendary Edition is comforting and familiar, like a warm blanket. That’s really the point of remasters: They bring forward everything players love about the original, and serve as easy intros for new fans.

The 2nd Annual GamesBeat and Facebook Gaming Summit and GamesBeat: Into the Metaverse 2

The original Nier has a bit of a strange history. Square Enix released two versions of it, called Gestalt and Replicant. Gestalt, the version released to the West, featured an older Nier as protagonist. Nier Replicant, released in Japan on the PS3, starred a younger Nier. To celebrate Nier’s 10th anniversary, Square Enix released a souped-up version of Replicant with a confusing title. The new version of the game gives a massive overhaul to the graphics and the combat, bringing it more in-line with its sequel game.

The new Replicant has the graphical polish typical of remasters, with new textures and a brighter color palette. Platinum Games, developers of Nier Automata, worked on the new combat system. Replicant did very well in sales, being one of the top games in April.  Between Replicant and the mobile title Nier: Reincarnation, it’s been a banner year for what was once an underrated cult classic title.

I trust Mike Minotti to not give a remaster of a children’s game a 5/5 for no good reason — and that’s what he gave Super Monkey Ball: Banana Mania in his review. In fact, he called it “some of the most fun I’ve had gaming this year.” When it comes down to it, the main thing a remaster must do is deliver the original experience in a beautiful and fun fashion that translates to a new audience. And according to Mike, Banana Mania did just that.

On top of how pretty the new game is, it’s one of the more fun games that came out this year. There’s something to be said for simple party games. As fun as it’s been to save the galaxy from Reapers or protect my sick sister, sometimes you just want to unwind with something uncomplicated and guileless. That’s basically Banana Mania in a nutshell.

Just by virtue of volume, some of the remakes and remasters that came out this year were not going to be well-received. But none of the criticisms for other remakes this year came even close to those leveled at the remastered Grand Theft Auto: The Trilogy — Definitive Edition. From its multiple bugs to its lackluster graphics to the overall wrongness of some of its “remastered” elements — the fans hated it, the critics hated it, and the newcomers were just left confused. A whole meme bonanza sprouted from this game’s poor quality. I struggle to think of a way a remaster could go more wrong than this.

The Definitive Edition was so bad that Rockstar apologized for it despite not being the developers. The actual developers, Grove Street Games, are apparently still working on the game. They’ve fixed several of the problems gamers had, such as the lack of fog and the bizarre environmental graphics. But it hasn’t fixed others, and the Trilogy is currently in a questionable position. Rockstar has restored the original games to PC stores and is offering free games to make up for it. Time will tell if all these olive branches redeem the release at all.

Despite missteps, many game publishers and developers are still making game remakes and remasters a staple of their releases. We look forward to seeing what kinds of remakes, remasters, and rereleases we get in 2022.

GamesBeat’s creed when covering the game industry is “where passion meets business.” What does this mean? We want to tell you how the news matters to you — not just as a decision-maker at a game studio, but also as a fan of games. Whether you read our articles, listen to our podcasts, or watch our videos, GamesBeat will help you learn about the industry and enjoy engaging with it.

How will you do that? Membership includes access to: