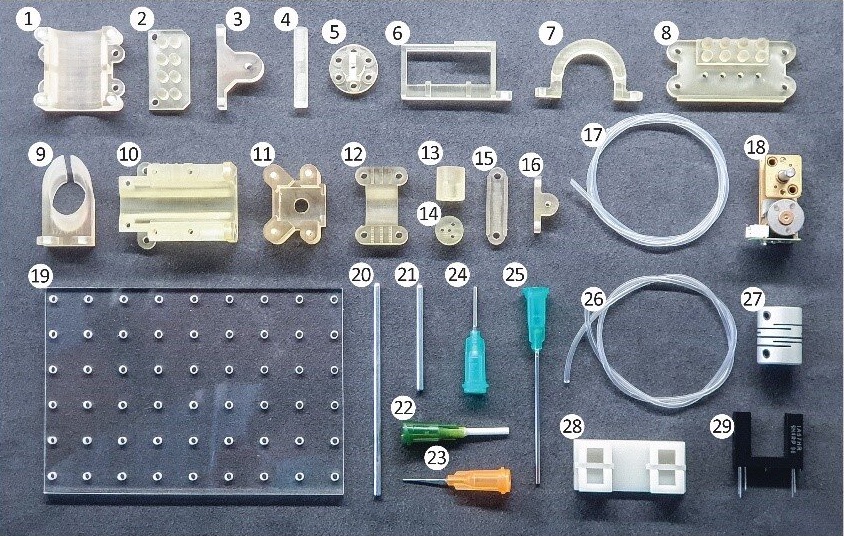 In circumstances where extreme precision is required when dealing with the movement of microscopic amounts of liquids, such as lab-on-a-chip (LoC) and organs-on-a-chip (OoC) systems, obtaining a pump that is both cheap and accurate is nearly impossible since they often cost several thousands of dollars to procure or are too bulky. To combat this problem, a team from the Singapore University of Technology and Design Soft Fluidics Lab created a custom solution that can be fabricated with off-the-shelf 3D printers.

The device they came up with relies on a single Arduino Micro to control the flowrate of the pump by adjusting the speed of the connected motor. There is also an optional OLED that can be added that lets users see the exact flowrate which has been selected. Altogether, this DIY pump system is capable of moving a mere 0.02 microliters up to 727.3 microliters per minute with a footprint of around 20mm by 50mm. Perhaps best of all, this project can be easily sent as a kit and built onsite with incredible speed, further reducing the cost to use it.

For more details on this 3D-printed peristaltic pump system, you can read the team’s research paper.

You can follow any responses to this entry through the RSS 2.0 feed.
You can leave a response, or trackback from your own site.