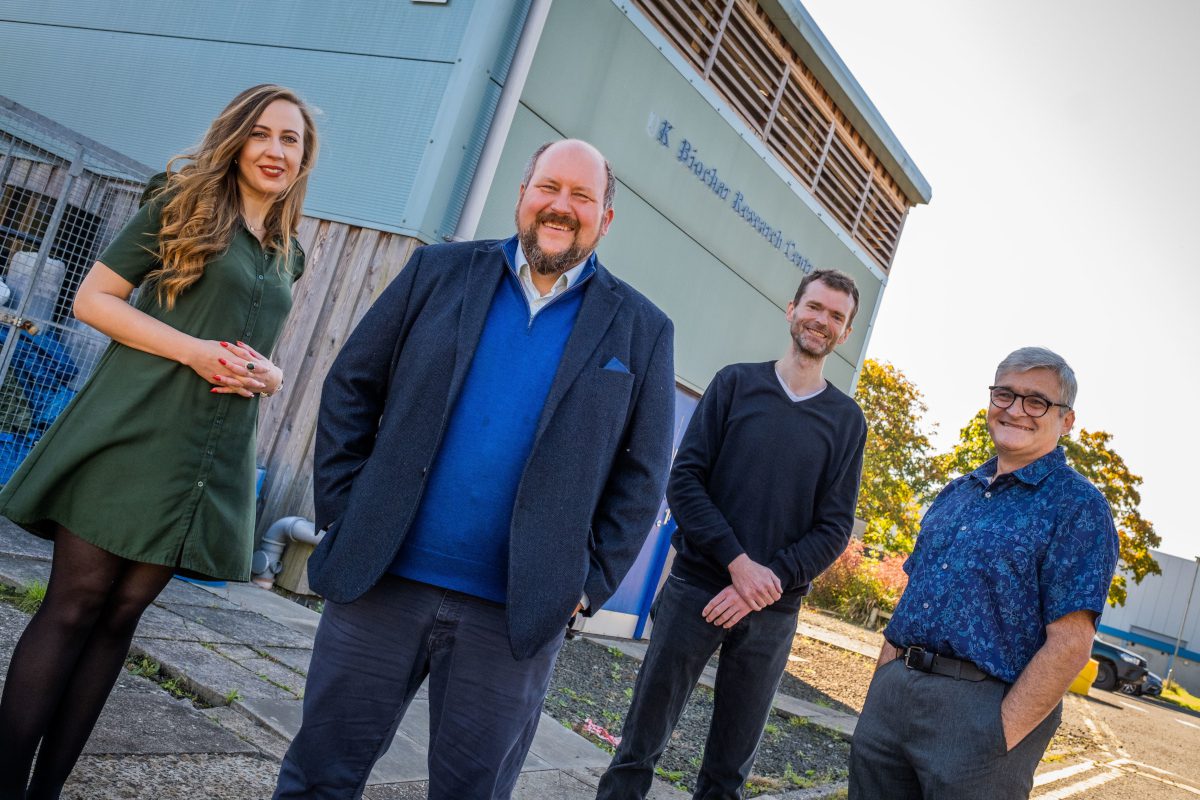 Industrial trials are to be undertaken at farm sites in Scotland and the East Midlands to look at how a proprietary biochar product works with different anaerobic digestion (AD) feedstocks.

AD uses microorganisms to convert farm, food and industrial wastes into biogas and fertiliser. There are around 650 AD plants in the UK with scope for more as the private and public sectors increasingly look towards a circular economy and net zero emissions.

The three full-scale trials, each of which is due to run for twelve weeks, will see Edinburgh-based Carbogenics add to the plants a biochar product the company makes from waste paper and cardboard. Earlier trials of CreChar apparently show that it results in a more even distribution of biofilm, which encourages the development of the microorganisms that digest the food or farm waste. This efficiency means an anaerobic digester can produce more biogas from the same amount of feedstock, or maintain its output using less feedstock.

At one of the sites, in Stirlingshire, the AD plant processes a variable mixture of food and farm waste including grass silage, distillery by-products and barley mill waste.

The operator of the site, Robert Kennedy, director of Strathendrick Biogas, said:

“An earlier trial of CreChar at Strathendrick Biogas resulted in a significant improvement in gas production and efficiency. I am delighted to step up these trials to test the robustness of the product further. CreChar is a gamechanger for biogas operators, allowing them to maximise biogas production whilst reducing feedstock costs.”

The two other sites, in Fife and Nottinghamshire, use other types of farm waste including chicken manure, and both are able to put their biogas directly into the local gas grid.

“Anaerobic digestion has enormous potential to tackle waste, reduce climate change emissions and create jobs in rural areas. Previous attempts to improve efficiency have tended to focus on engineering solutions, which have a high cost, whereas our focus is on the biology of the process. Our solution is low-cost and simple to administer.

“Farmers, landowners and other businesses thinking of expanding their anaerobic digestion operations or investing in this technology for the first time want to see what works. That is why we have recruited three AD operators to take on these full-scale trials so the benefits of adding the biochar we create can be seen in real time using different feedstocks.

“These results will underline our existing successes and help give the industry confidence to grow.”

The industrial trials are part of growth ambitions at Carbogenics, which is currently recruiting additional staff including a production manager.

The trials come in the wake of the global methane agreement announced during Cop26. The Glasgow climate summit heard from the UN’s methane assessors that “using anaerobic digestion to turn organic food, farm and sewage waste into biogas and biofertiliser…can help reduce methane and create a sustainable source of revenue and job creation” and that the technology is “well positioned” to deliver “immediate and cost-effective action on climate change.” [1]